A Day Trip from London to Brighton UK

Get your dose of vitamin sea and explore the bustling buzzy seaside resort towns of Brighton & Hove on an easy day trip from London!

Trains leave London hourly from London Victoria as well as London Bridge station. The journey from London to Brighton takes just an about hour or more depending on which train you get and how many stops.

Most trains on this line also stop at London’s Gatwick airport.  You may have time to pop down to Brighton if you have a long flight layover of at least 4 hours to make it worth the trip. One way from Gatwick to Brighton takes from 26-35 minutes.

Hove is known as the quieter sister town to Brighton and shares the seafront and lawns. If you start walking or bicycling west you’ll be in Hove before you know it.

Boer War Memorial on Regency Square. Favorite fish and chips? At the Regency.

A Brief History of Brighton-Hove

Brighton has long been known as Britain’s favorite seaside town, but it wasn’t until the Prince Regent aka Prinny aka King George IV discovered it in 1783 that it became known as the place for royal fun and fashion. The Fashion (wealthy) had already been flocking there for the sea cure promoted by Dr Richard Russell and Brighton soon became known as a swanky hot spot for the wealthy elite. It was considered healthy to take a dip in the sea using bathing machines and walk onto the pier for the benefits of the sea air.

As Brightons popularity grew, so did its’ population. New streets were built in-between existing ones and the Lanes were created.

One of Brighton’s most distinct monuments to this excess is the Brighton Pavilion or Royal Pavilion. In 1815, the Prince of Wales or Prince Regent hired architect John Nash to transform what had been a humble building into his new royal palace complete with minarets, domes and gilding. By the time it was completed in 1823, the Prince had become King George. The Royal Pavilion is within a 10 minute walk of the train station. There’s not another public building in Britain like it.

View of the old West Pier on the left, the i360 and Brigthton beach

Your train from London will arrive into Brighton Station (BTN), at the top of Queens Road. Once you leave through the front entrance of the station, you’ll see taxis to your left. Simply hail one if you want a quick drive down to the main part of town or the beachfront.

Uber’s aren’t allowed to park near the station so if you need a ride, use your app and be prepared to walk to meet them.

Walking down to the seafront takes about 10-15 minutes. Follow Queens Rd. south.

Head to the Shops, Bars and Restaurants

From the train station, head down Queens Road if you’d like to find a bite to eat or want to hit the shops. Here’s a few options:

Head to the Beach

I recommend either walking or take a taxi to the beach to orient yourself and get your first blast of sea air. The beach is the hub of Brighton. Once you’ve had enough sun and sea, head up the Lanes to shop, eat and drink.

All streets lead down to the beach and Brighton has it’s own surfy scruffy boho beach culture! On a sunny weekend afternoon, this area will be absolutely packed with people drinking, walking, sitting on the beach and generally having fun in the sun.

It’s easy to walk along the main Kings Road that follows the beach and soak up the sun and seaside vibe, but take the steps down to Kings Road Arches, a lower walkway that’s freckled with little beach huts, restaurants and bars. A perfect spot to get that quintessential dish, fish and chips.

It’s not called shingle for nothing.

Brighton’s beach isn’t sandy, instead it’s made up of small to large pebbles, which makes it challenging to walk on but still a perfect spot to sit and soak up the sea air, watch boats on the Channel and relax after a shop till you drop.

If you’re up for a carnival atmosphere, stroll out on the Brighton or Palace Pier built in 1899. Or just walk out to see the Brighton seafront from a different vantage point.

You can’t miss British Airways i-360 ride further down the beach towards Hove. It’s a 162 meter (531 foot) high futuristic bar in the sky that  offers stunning views across the channel and up and down the coast. Check the hours before you go. During winter, it’s not open every day.

Brighton is a fun, buzzy spot to visit that combines the best and worst of British culture. Gorgeous Regency buildings are spray painted with graffiti and the vibe is funky artistic and in your face at times. It’s well known for it’s festivals and celebration of alternative culture and arts.

Please be aware that if you’re planning on traveling by train to Brighton during any of these events, expect huge crowds and possibly delays. I made the mistake of trying to get to London from Brighton by train on Marathon day.  Taxis couldn’t get through to the station, so I ended up walking. The runners weave throughout the city and from certain points in the city it’s almost impossible to cross the race course.

Walking to the station on a sunny day in Brighton

Getting to Brighton & Hove:

The easiest way to get to Brighton from London is by train. London Victoria to Brighton is about an hour direct.

I highly recommend using Trainline to book your tickets. Super easy. Use the Trainline app. (The train to Brighton is a Southern train and also stops at Gatwick Airport if you’re coming in from a flight.) Book and pay for your tickets online or through the app, then pick them up at the station. It’s a popular destination so book up to 12 weeks in advance to get the best pricing for your day trip. Expect to pay from £5-20. for a round trip or return fare.

It’s very easy to walk from the station into the hub of Brighton, the beach and to the shopping areas. However if you’ve shopped till you drop and don’t feel like walking back up the hill to the station, Brighton-Hove radio cabs are plentiful. They’re managed under the City Council and are relatively inexpensive. The app is useful to pre-book, but you’ll see the blue/green/white taxis everywhere if you want to hail a taxi on foot. Or use Uber cabs in both Brighton & Hove.

There’s nothing quite like sitting on the shingle beach on a sunny day on Brighton beach. You may see surfers or paddle boarders and you definitely won’t be alone. Sit on the beach and people watch or sip a drink at one of the dozens of bars and restaurants. On a sunny weekend, the whole beach turns into a party.

The waterfront walkway has recently been renovated and you can easily walk from the Pier all the way down to the i360 and Hove. Just stay out of the bicycle lane!  Hope you enjoy chilling out on one of the best known beaches in England before you head back to London’s bustle! 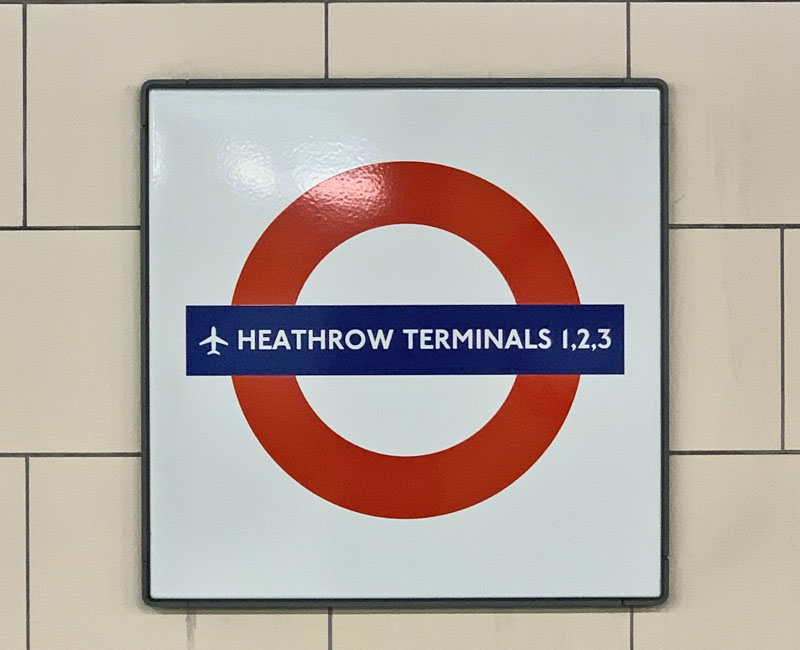 Why Downsizing Will Change Your Life for the Better