Drop Those New Year’s Resolutions – Do This Instead

As the year comes to an end and the festive diversions wind down, what feelings come up when you think of the New Year?

Are you making any New Year’s resolutions or do you avoid them like the plague?

If there’s a time less suited to kickstarting a diet, leaping into a gym or changing bad habits, it’s after the holiday. The dead of winter is NOT the easiest time to wean yourself off comfort food and drink is it? In fact most exercise regimes conceived in desperation thanks to holiday over-indulgence are classically doomed to failure.

The holidays create a vicious cycle of indulgence, guilt and remorse which for some reason we feel the need to repeat year after year.

No wonder we dread the beginning of the New Year! We’re spurred on to shop til we drop, spend til we’re broke, eat drink and be merry and then expected to shut it all down on January 2. How can we possibly enjoy a yummy holiday if guilt is the price we’ll have to pay?

From past experience we know our post holiday attempts to shed the pounds, sculpt the body and reboot our habits are very likely to be a fail. We’re Wonder Woman but we’re not super woman. We feel compelled to make some effort to slap ourselves into shape, but deep down we’re tired. It feels like we’re setting ourselves up for failure.

Are New Year’s resolutions a guilt button we push to atone for holiday excesses?

I’m not immune to the idea that new years is a tidy starting point to get my act together. It’s a chance to mentally reboot and get down to business after the holidays. But I can’t remember the last time I consciously made a New Year’s resolution. For all the reasons I’ve given you, I don’t like to fail. Setting myself up for disappointment isn’t my idea of a good way to start the year!

Are we agreed then; New Year’s resolutions are counter productive? They make you feel bad for being human. Now you may be one of the super women who make and keep theirs. My hats off to you. The rest of us mortals need a way to reframe the start of the year in a more positive light. Success not failures.

Instead of resolving to lose weight, get fit and transform our clutter at the start of the new year, why not reframe the cliche of making a resolution into something more meaningful. Like reinventing ourselves.

2. What It Means to Reinvent Yourself

Resolutions imply we’ve found fault and now we need to fix it. Or organize it or pummel it into submission. Reinvention is taking who you are, accessing what works and what doesn’t. You decide to change what doesn’t work to get a better result.

“You woke up one day and realized you never made it to Italy and it was always a lemony prossecco fueled dream you would.”

What’s it going to take to have you sipping prossecco by the lake? Do it. Find a travel partner or the lira to float your own travel fund. You won’t get there by resolving to, you’ll get there by putting a solid plan in place. Your dream and reinvention as an intrepid traveller awaits.

When you’ve chosen to put your dreams and desires as a priority, you’ve taken the first step to self care and self awareness. Bravo! It feels breathtaking. Like standing in front of the Taj Mahal and feeling like you’ve just tapped into the real you that’s been waiting for this. Reinvention feels like positive and unlimited optimism.

5. How to Make Reinvention a Practice:

Promise me every time you think the word “should” you stop and go. Hmmm. That’s not me, that’s my ego talking. Reinvention comes from your heart, it is the cookie crumbs leading you to your heart’s desire. Your intuition is a crumb. Follow it, listen to it and heed it. It knows where you want to be and how to get there.

The next time you think of New Year’s resolutions, I hope you’ll get a secret smirk when you realize you’ve dropped that bad habit and picked up a killer self care routine called reinvention.

Keeping track of our goals and dreams with a journal is a great first step.

This is How to Change Your Money Mindset 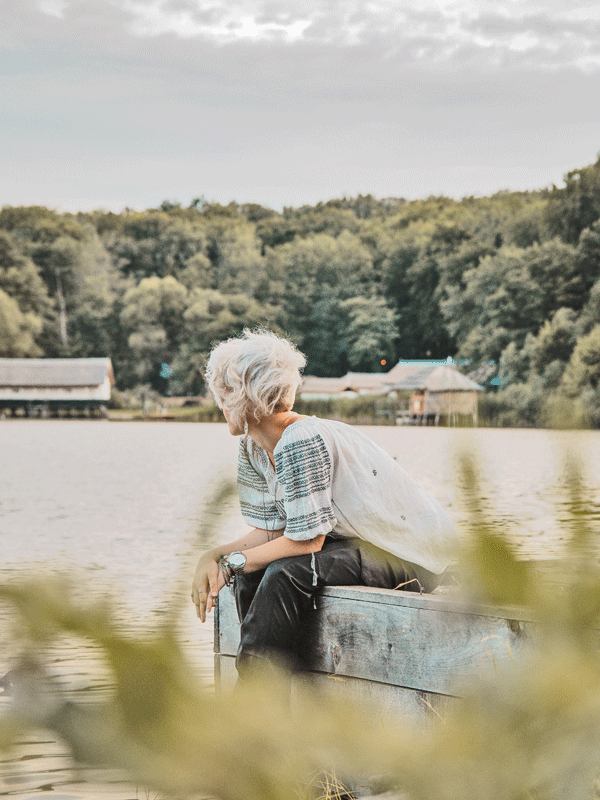 What are You Doing to Make the Most of the Rest of Your Life?

How to Tame That Stubborn Midlife Belly Fat

How to Plan Your Next Trip Like a Pro