Life in England / Moving to the UK

Want to Move to England? 10 Reasons It’s a Good Idea.

View of the English channel walking along the South Coastal Path

Make a Move to England from the US; You won’t be alone.

Our British neighbors on the other side of the pond seem to offer sanctuary in times of political chaos. The UK has their dissenters too (I’m sure you’ve heard of Brexit), but it’s less worrisome than some of the deeply divided politics in the US.

I decided to move to England fairly recently. Being closer to family in the UK drew me, but so did lifestyle. Feeling safer was a determining factor too. Quite frankly I’ve grown weary of the daily gun violence in the US news.

Although we share language and history, the US and Great Britain have many cultural differences. Try to understand what’s being said on a British TV show and you’ll know what I mean. Not everyone speaks like the duchess on Downton Abbey. It’s not just the way English is spoken, it’s the subtle meanings which can trip you up!

Once you start chatting, you’ll find the English very warm and open. We’ve often struck up a conversation when traveling by train or sitting in the local pub. As intrigued by our accents as we are by theirs, curious about our take on US politics and eager to share their views, you’ll find Brits much more knowledgeable about US politics than you’d expect.

10 Reasons to Make a Move to England Desirable, and More!

Whatever your reasons for deciding to move to England, be sure to bring your sense of humor! A willingness to laugh (at yourself if necessary) and embrace local culture and food will ease your transition and go a long way to endearing you to new neighbors.

Here’s more nitty gritty about what to expect once you make the move plus check out my travel resources here.

If you’re ready to relocate, my moving abroad checklist can help you get started.

Can You Qualify for a Move from the USA to UK? 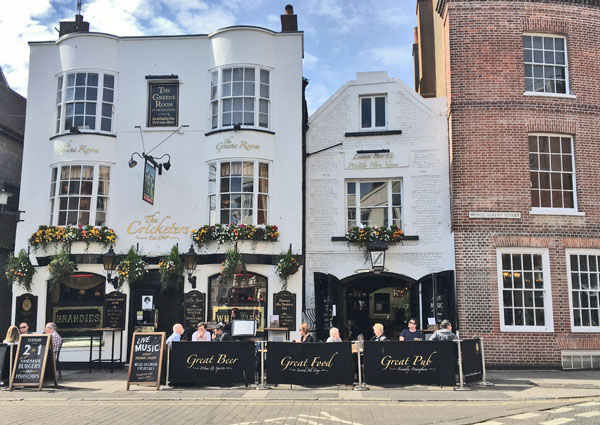 What You Need to Know: Spouse, Partner or Fiancé UK Visa

Moving to England? Here’s What You Can Expect.

What If Your Lifestyle Is Holding You Back?